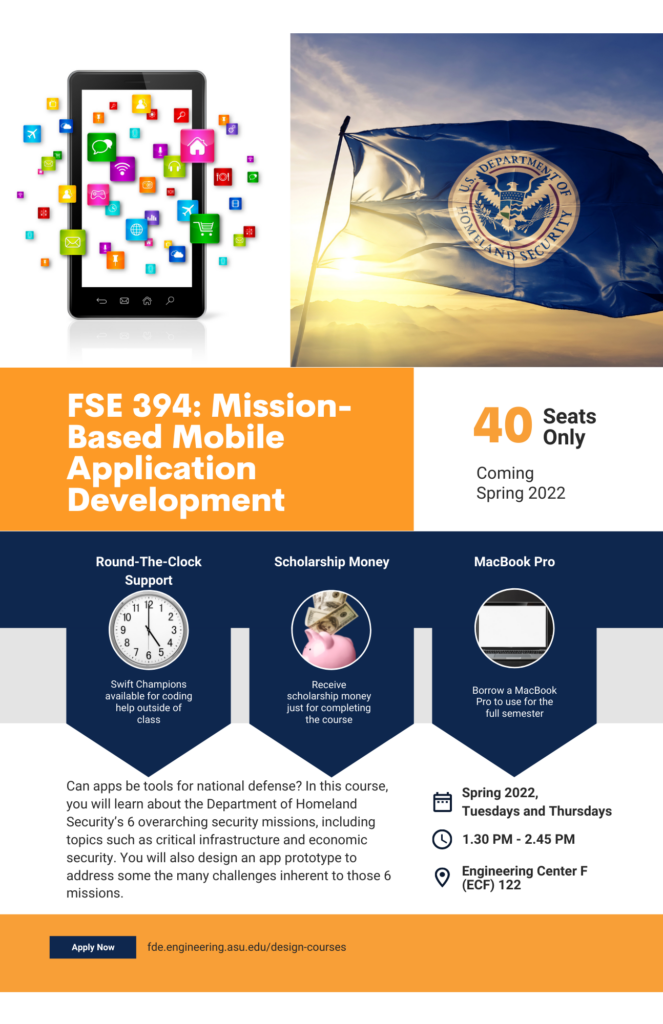 National defense is a broad and ill-defined term as its connotation tends to relate directly to military intervention or war. One reason that connotation is so far off the mark is that the nature of defense has changed drastically over the last 2 decades. To clarify the complexity of “defense,” the Department of Homeland Security (DHS) has delineated their strategic defense plan into six overarching missions:

In this course, we will develop an app prototype that addresses issues in one of these 6 missions. Students will interview potential stakeholders, develop an idea, create a prototype, test their prototype, and evaluate the buildability of their final prototype. To participate, fill out the application below using your ASU account.

Collaborate with engineering and humanities (anthropology) students to identify an opportunity and develop technical solutions for actual people.

In the major design project for this course you will design solutions to solve problems for an aging population.  Throughout the engineering design process, the focus will be on cultural considerations, strategic data collection and stakeholder feedback, and questioning biases and assumptions. By the end of this project based course, you will have applicable experience of engineering in the real world and the human considerations that are regularly overlooked. Contact Marnie Wong (marnie.wong@asu.edu) for more information.